Ok, really, this is the real reason I started doing this blog again. I wanted to post this record, realizing I never did a few years back when I was heavy into these fellas.

Coming out of the oasis of Bloomington, IN (basically the ONLY good thing in Indiana, and a pretty strange place), this band is a combination of influences that I really don't like. I hear a lot of Captain Beefheart, whom I despise, and also maybe some Frank Zappa, who is ok but not my favorite, Velvet Underground, who I also hate, and an assortment of 70's radio rock. Somehow, all this ends up being awesome, and completely unlike anything else, no matter how many people say they 'sound just like Sonic Youth.'

This kind of music just doesn't happen anymore. Here you have some college dudes in the middle of nowhere, just making music and playing for their friends, without ANY real musical worldview. So out of touch with everything going on in '76 that they sound current in 2016. It's fitting that they were discovered by The Residents, who also put out the bulk of their material on their Ralph Records, after Island dropped the band.

Since I can't really relate their sound to anything else other than their influences (which really doesn't cut it), this might get a little detailed.

So, you've got scratchy, 'angular' guitar work that sounds half-improvised, but always inspired. It's also really unpretentious...it never feels like the band is 'trying' to be weird, or experimental, they're just weirdos. You can tell there's a lot of early heavy metal influence in the guitar work as well. And yes, some parts sound strikingly similar to Sonic Youth drones, but more interesting, I would argue.

The bass player is ALWAYS busy, and actually has some of the 'lead' riffs while the guitar fucks around. Best, however, are the drums, which are SO FUCKING HEAVY. It sounds like an old jazz kit being played as hard and fast as possible. Like, I don't even really know, I was just smiling at this guy's playing the whole album, it's way funkier than you'd think for this type of music, and also REALLY idiosyncratic, maybe a little like Primus.

Primus is actually a good comparison, come to think of it. Except the vocals aren't super fucking annoying, and the songs don't feel as laborious.

Speaking of the vocalist, who sounds a little like Jesse Michaels from Operation Ivy, except crazy, he is VERY good at his limited style. He's not the best singer, but he doesn't just get the fuck out of the way like most noise-rock vocalists. If he's not conversationally joking about PCB's and kidnapping girls, he's honking on his out-of-tune saxophone.

I could just go on. I don't even know how many times I laughed at the bizarre jokes in the lyrics. Rich Stim has perfect comedic timing in the way that only the Dead Milkmen or The Frogs perfected.  When he does get serious, it's more creepy than anything, and makes the band seem sort of menacing, like their live shows must have been totally out of control.

Aaaaanyways, their second album, 'Out of the Tunnel,' and the third, 'Crowd Control,' are also very good. Their later stuff is spotty, but I'm glad they're still slightly active. Definitely my favorite band on Ralph Records, which is pretty insane considering their roster includes Tuxedomoon, Snakefinger, and of course The Residents.

NOTE: My version also includes their first EP, as 2 long tracks at the beginning of the album. It's good, but 'Hard Attack' is where it's at. 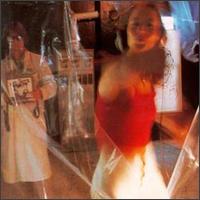 hi i just wanted to thank u so much for these , im so happy ur back !!!

Thank you! My favorite band since I was a kid.

I've been bumping old episodes of Trash Radio all summer. Did you ever end up making another mix like Slime City? It was a fun listen